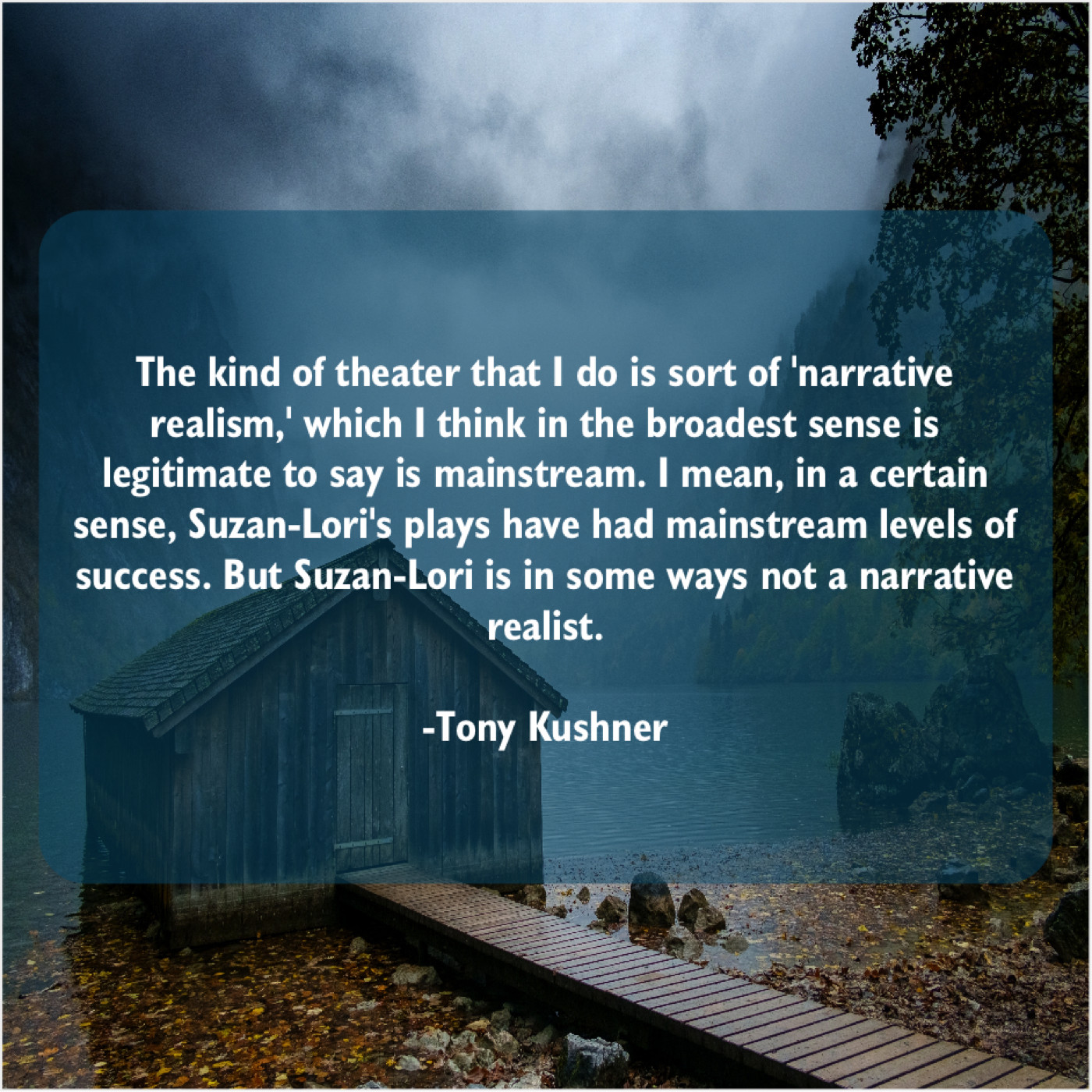 “The kind of theater that I do is sort of ‘narrative realism,’ which I think in the broadest sense is legitimate to say is mainstream. I mean, in a certain sense, Suzan-Lori’s plays have had mainstream levels of success. But Suzan-Lori is in some ways not a narrative realist.”
-Tony Kushner