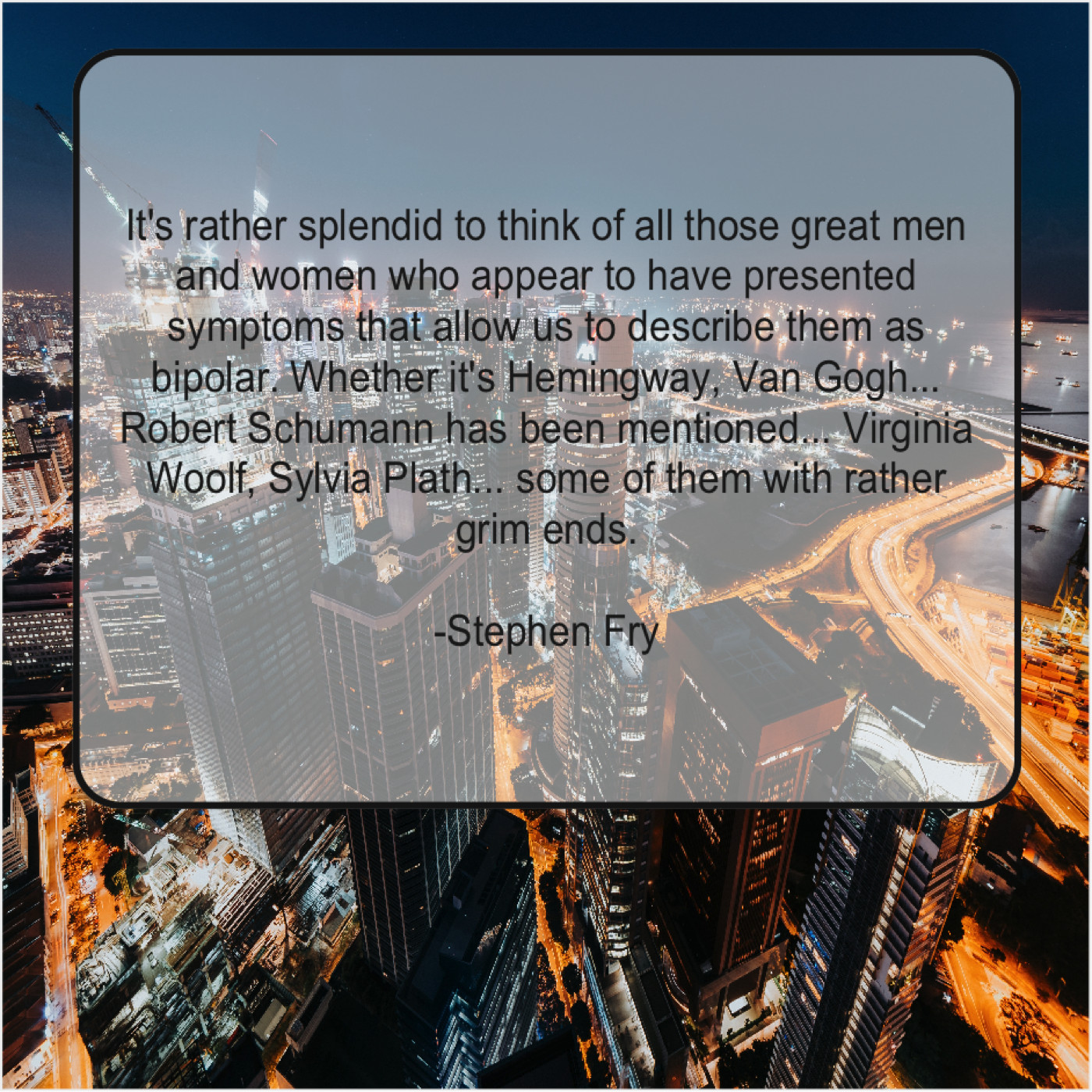 “It’s rather splendid to think of all those great men and women who appear to have presented symptoms that allow us to describe them as bipolar. Whether it’s Hemingway, Van Gogh… Robert Schumann has been mentioned… Virginia Woolf, Sylvia Plath… some of them with rather grim ends.”
-Stephen Fry