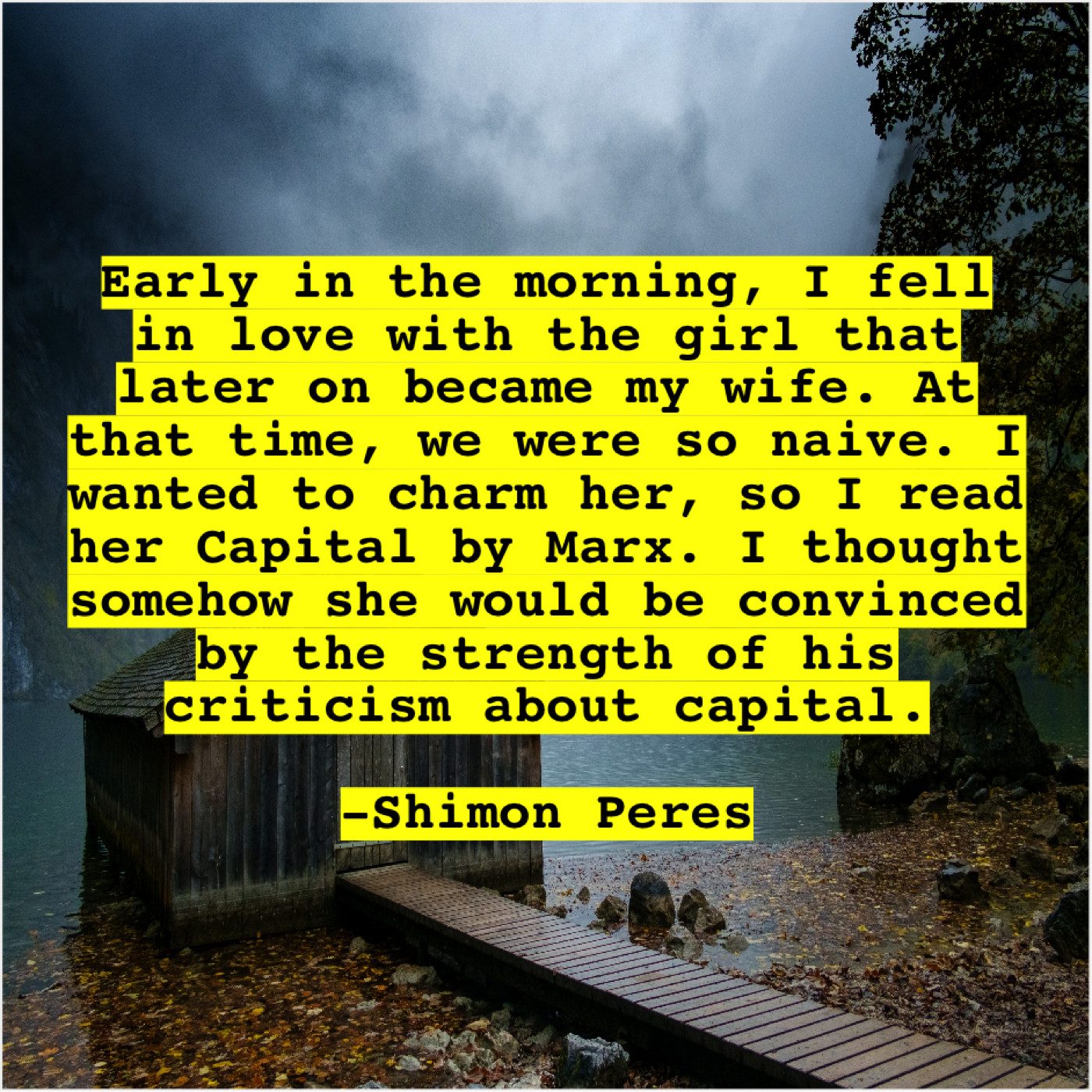 “Early in the morning, I fell in love with the girl that later on became my wife. At that time, we were so naive. I wanted to charm her, so I read her Capital by Marx. I thought somehow she would be convinced by the strength of his criticism about capital.”
-Shimon Peres