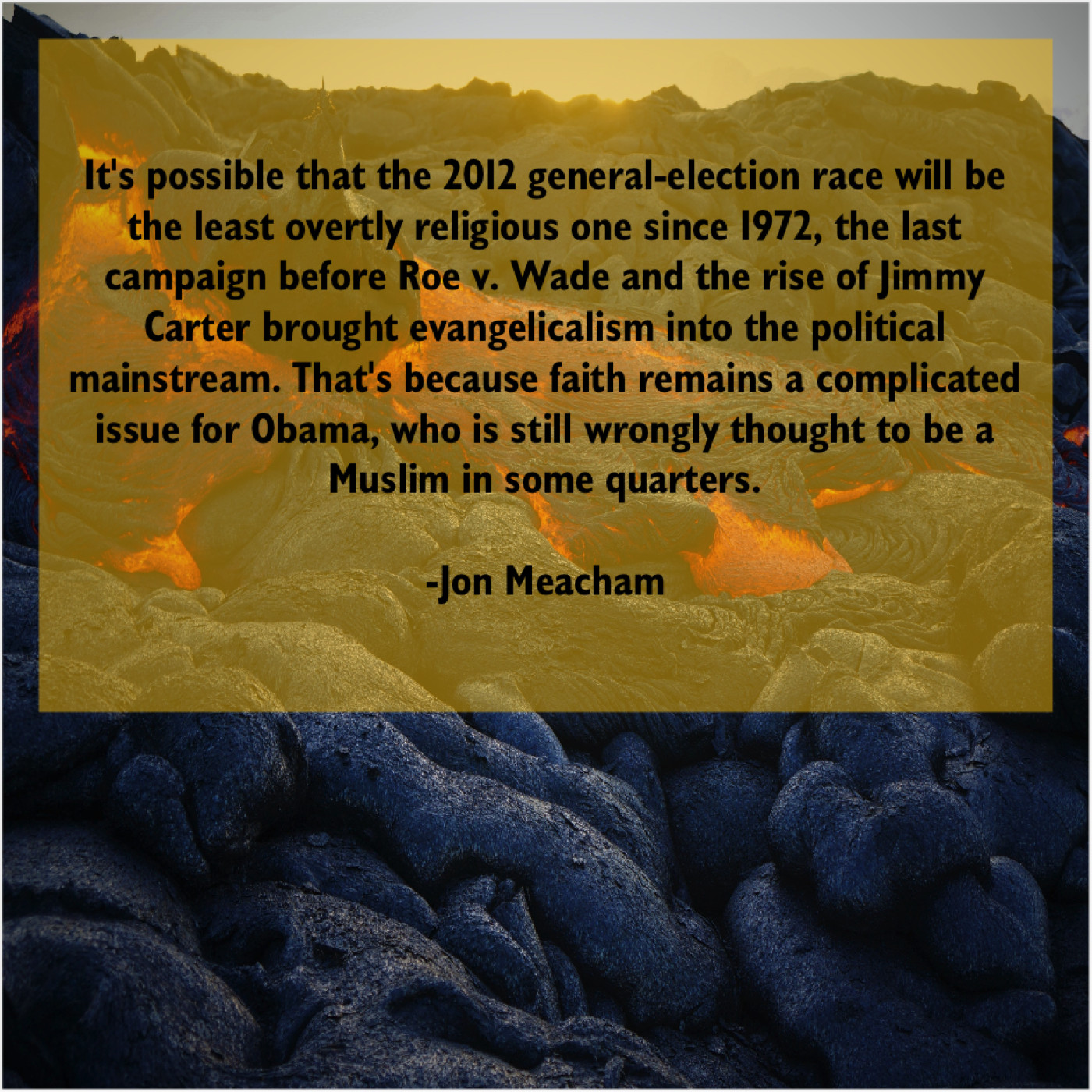 “It’s possible that the 2012 general-election race will be the least overtly religious one since 1972, the last campaign before Roe v. Wade and the rise of Jimmy Carter brought evangelicalism into the political mainstream. That’s because faith remains a complicated issue for Obama, who is still wrongly thought to be a Muslim in some quarters.”
-Jon Meacham