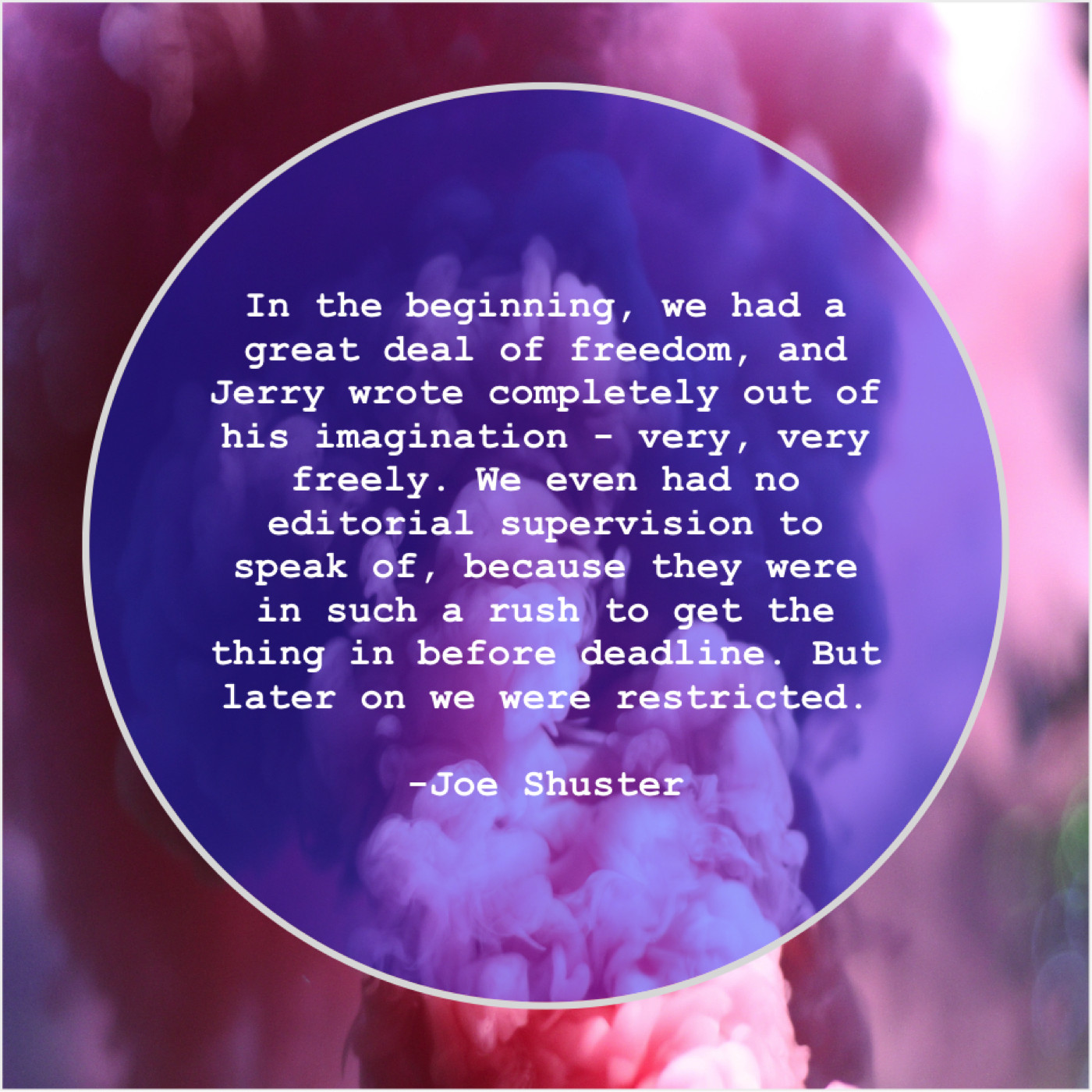 “In the beginning, we had a great deal of freedom, and Jerry wrote completely out of his imagination – very, very freely. We even had no editorial supervision to speak of, because they were in such a rush to get the thing in before deadline. But later on we were restricted.”
-Joe Shuster