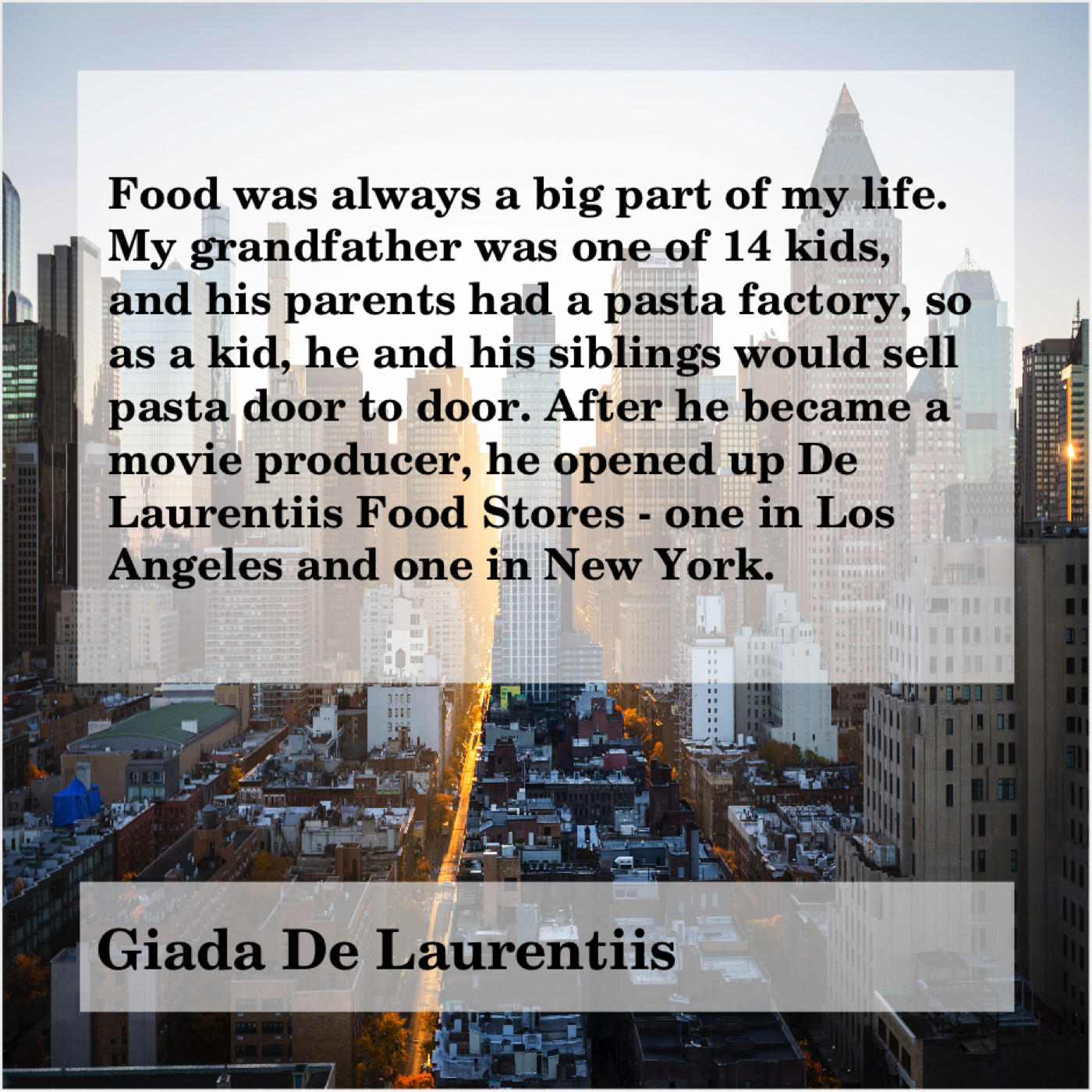 “Food was always a big part of my life. My grandfather was one of 14 kids, and his parents had a pasta factory, so as a kid, he and his siblings would sell pasta door to door. After he became a movie producer, he opened up De Laurentiis Food Stores – one in Los Angeles and one in New York.”
-Giada De Laurentiis