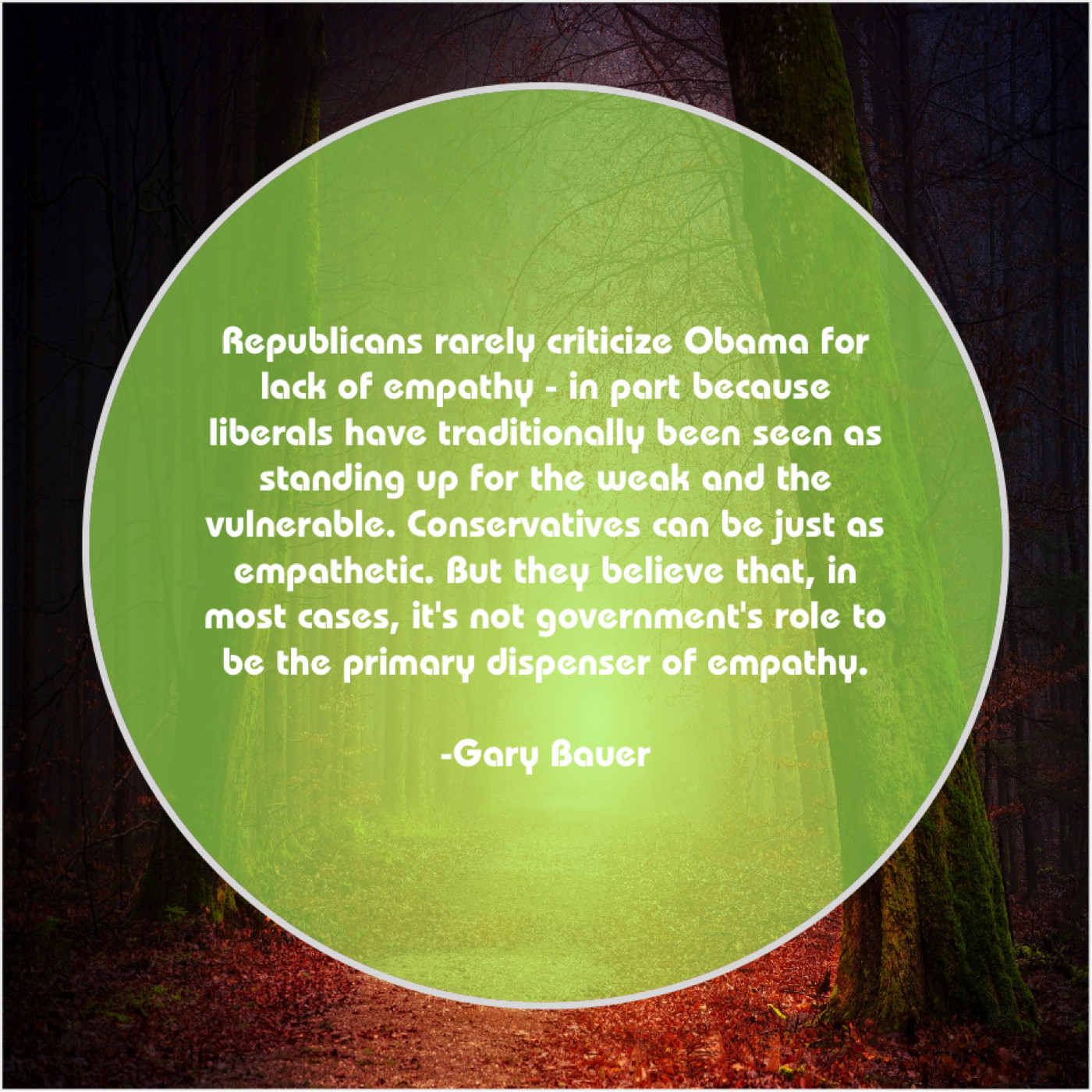 “Republicans rarely criticize Obama for lack of empathy – in part because liberals have traditionally been seen as standing up for the weak and the vulnerable. Conservatives can be just as empathetic. But they believe that, in most cases, it’s not government’s role to be the primary dispenser of empathy.”
-Gary Bauer