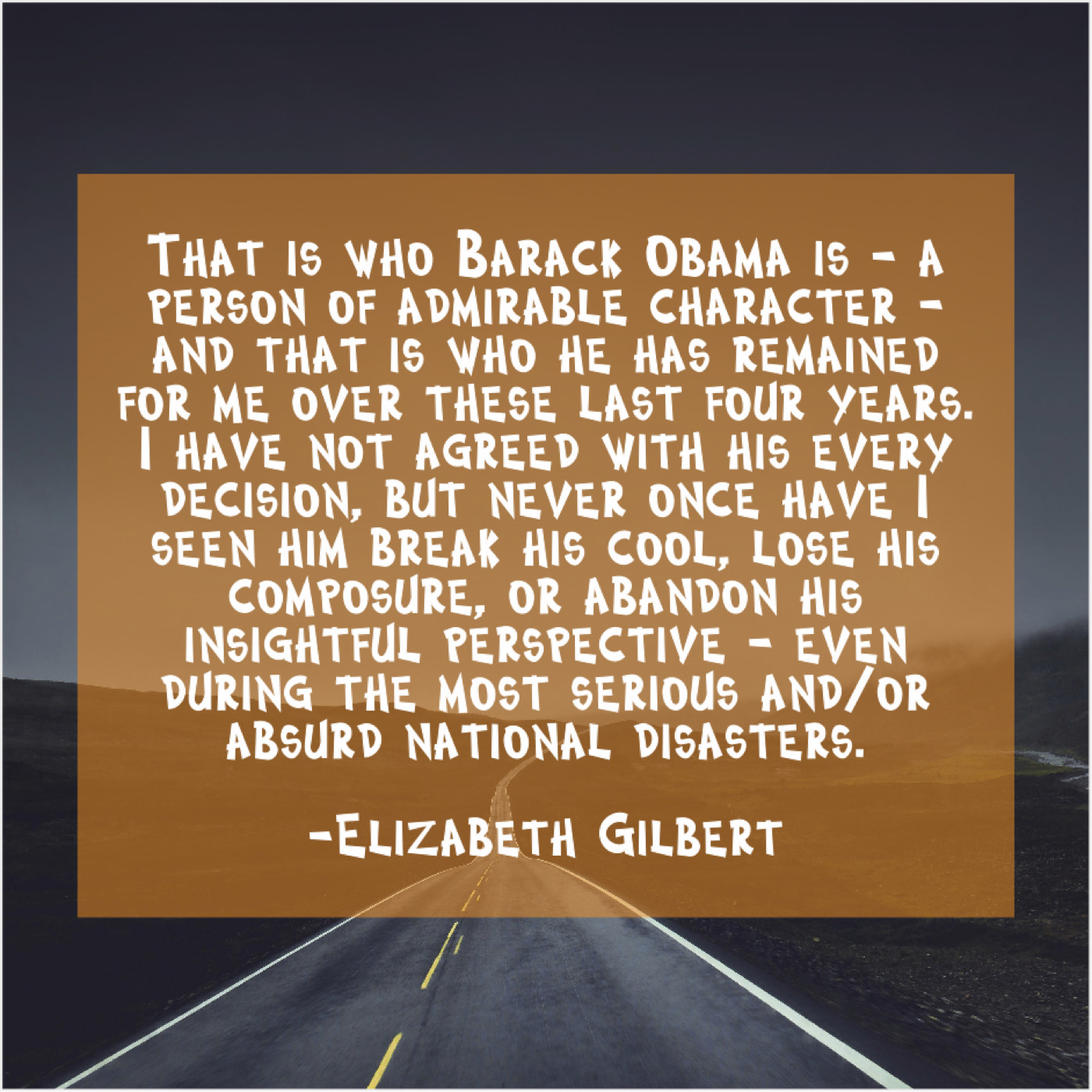 “That is who Barack Obama is – a person of admirable character – and that is who he has remained for me over these last four years. I have not agreed with his every decision, but never once have I seen him break his cool, lose his composure, or abandon his insightful perspective – even during the most serious and/or absurd national disasters.”
-Elizabeth Gilbert